You are here: Home / About Jon 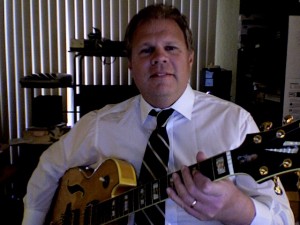 “Over the years I have taught many of the guitar teachers that currently teach in Tucson, California, New York City, Texas and Nashville.”

NO CONTRACTS REQUIRED, you can pay per lesson or by the month.
“Over the years I have taught many of the guitar teachers that currently teach in Tucson, California, New York City, Texas and Nashville.

“I will transcribe any song from jazz to metal, or you may choose from over 4000+ songs that I have already transcribed.”

Jon started playing gigs at the age of 12 and has been playing live ever since – playing nightclubs, concerts, recording studios, radio spots, documentary movie soundtracks, recording and composing original music.

Jon was the teacher of world famous Rock-Star Barry Sparks. Barry has played Bass with huge list of many famous bands including The Scorpions, Yngwie Malmsteen, Ted Nugent, DOKKEN and The B’z.

Was the teacher of world famous television star Ty Miller of the “Young Riders” TV series, and other celebrities.

I have been teaching for 50+ years, and have had 3000+ students during that time.

After hearing a recording of Running Horse – an up-tempo Jazz original of Jon’s, Chick Corea and Jeff Lorber responded…

Chick Corea said, “You’re great! Not only good technically, but you communicate – you let your audience into your music – that’s valuable for a musician, but not every musician does it!”.- Chick Corea

Stanley Clarke said, “I enjoyed listening to it!”

Jeff Lorber said, “I enjoyed your music very much, and I think you are a very talented musician”.- Jeff Lorber

Jon was guitarist for drummer Tom McCormick of The Tubes and blues guitarist for famous Chicago Blues Legend Little Johnny Taylor, and has played numerous concerts opening for artists such as Al Green and Lenny Williams (Tower of Power) at the Celebrity Theatre in Phoenix Arizona and other venues.